The beauty and power of aesthetics transcend gender. Although it isn’t a norm for men to express their desires for a better-looking face or body, recent changes in culture now welcome men willing to undergo treatments or procedures to improve their appearance.

However, society still has a long way to go for the others who still think skincare isn’t for everyone. But for those willing to try procedures to make them feel good about themselves, then maybe it’s time to try dermal fillers.

The fillers help smoothen the creases and lines on people’s faces, usually brought by age, to achieve a youthful glow. But how else can dermal fillers benefit men during their prime?

Similar to women, men can’t evade the effects of aging, especially at their prime. Although various factors can affect the skin from losing facial volume, age, sun damage, smoking habits, and environmental factors are the most common causes. But through a few botox shots on the prominent areas of the face, men should be back to looking at their younger selves like nothing happened.

Another common factor contributing to less elastic and fragile skin is the fewer production of oils on the face, making the skin surface look more wrinkled, loose, and saggy. However, recent improvements in aesthetics like the Juvederm procedure have helped people, including men, achieve a youthful look like they’re back in the past. The method targets the areas near the eyes, cheeks, around the mouth, and the other regions on the face notorious for producing fine lines and wrinkles.

Men are keen on how they look towards other people. For them, the prominent feature on their face signifying their masculinity is their strong jawline. If looks can cut, so do men’s jawlines too. However, their jawlines disappear underneath loose skin that is covered in fat. As a result, men develop more rounded features with no jawlines found anywhere.

With the help of dermal fillers, men can bring their strong and defined jawlines back to shape. Although they might need to refresh the fillers once every six months to a year, it’s better than having no jawline shape at all. Plus, it doesn’t require invasive procedures that may seem unnatural to look at.

It’s common for older people to lose some facial volume. As a result, their face turns sunken, appearing tired, making them look older than they are. However, through Botox or other dermal fillers in the market, men could achieve a fuller look on their faces that can make them look younger than ever.

Dermal fillers only provide temporary results. The effects of the procedure usually last for at least six months up to a year. However, through proper care, there are cases where results have lasted longer than expected.

The best thing about dermal fillers is that people who get the treatment should not experience any downtime as it is a non-invasive procedure. Therefore, men shouldn’t worry about missing out on their work but may need to avoid extensive activities, like lifting weights, until the affected areas heal. Men also shouldn’t worry about looking unnatural as improvements in filler application have lessened the chances of getting the plastic look that past patients had to endure in the past.

Nuluk Aesthetics offers various dermal filler services for men and women in New Jersey. For the gents, we offer Juvederm, a cosmetic procedure similar to fillers administered by professional practitioners. Say goodbye to the early signs of aging by getting natural-looking botox shots on your face today!

Where to find us 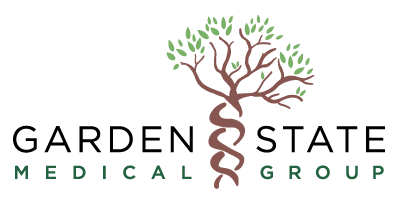 And stay up to date on everything NULUK